Warsaw life in the walls

A performance remains in the memory but there is little else to show for it. The visual arts are tangible. Once created they remain and embark on a life of their own. I get the urge to be tangible rarely, about once every 20 years.  Rome rubbed off on me but so too has living in Warsaw where the absence of obvious beauty has forced me to seek it out. In 2017, I began to take photographs of Warsaw, finding beauty where I had not imagined it, and seeing eccentricity where I thought there was none. I was frequently surprised. Gradually, I became fascinated with patterns on walls: sometimes graffiti, more often naturally made by nature. The loneliness of lockdown forced me to dig out my paints and brushes.
My methodology is simple and limited by my basic Apple technology and my ability to use a brush. I use an iPhone 5 to take the photos. I explore the photos, zooming in on details, experimenting with the light, discovering an existence not at first noticeable, inverting and flipping. The plaster seems to contain levels of existence. The images I expose are human and animal: gods, kings and queens, battle fields, mourning soldiers, baroque flights of fancy, mythological scapes.  Once the photographs are printed I use water colours to highlight what I see. I then re-photograph and print. What I see may not be what the observer sees. Perhaps my upbringing and my years in Rome have programmed my mind to interpret what I see in a specific way. Such is the nature of art.
My main source of inspiration is a railway bridge in Powisle. It is an unusual construction: two separate single track bridges standing side by side. The older probably dates from the 1860s and was once grand, decorated with neo-classical features. The outer wall is now completely bare but the inner wall, obscured by the second post Second World War bridge is mostly intact. Though very different in construction both bridges have provided me with the starting points for my pictures.

“I am a musician. I have sung and conducted in many leading venues and co-founded orchestras including Concerto Italiano and the Warsaw Camerata. I presented classical music on TVP’s Pegaz. I have been in a number of films including Wesele 2, Hiszpanka, and Julia Kolberger’s Mazurek. Recently, I was in Iwan Vyrypraev’s Iran Conference. At school, I studied art A level and for a short period worked at the head office of Apollo Magazine. This entailed frequent visits to leading London galleries and auction houses. In Rome, in the 1980s, beside my activities as a baroque singer, I organised exhibitions for local artists, including the neglected Anglo-Polish painter and film maker Jozef Natanson. I wrote the background music for films and theatre including two documentary films by Achille Bonito Oliva dedicated to Manierismo”. 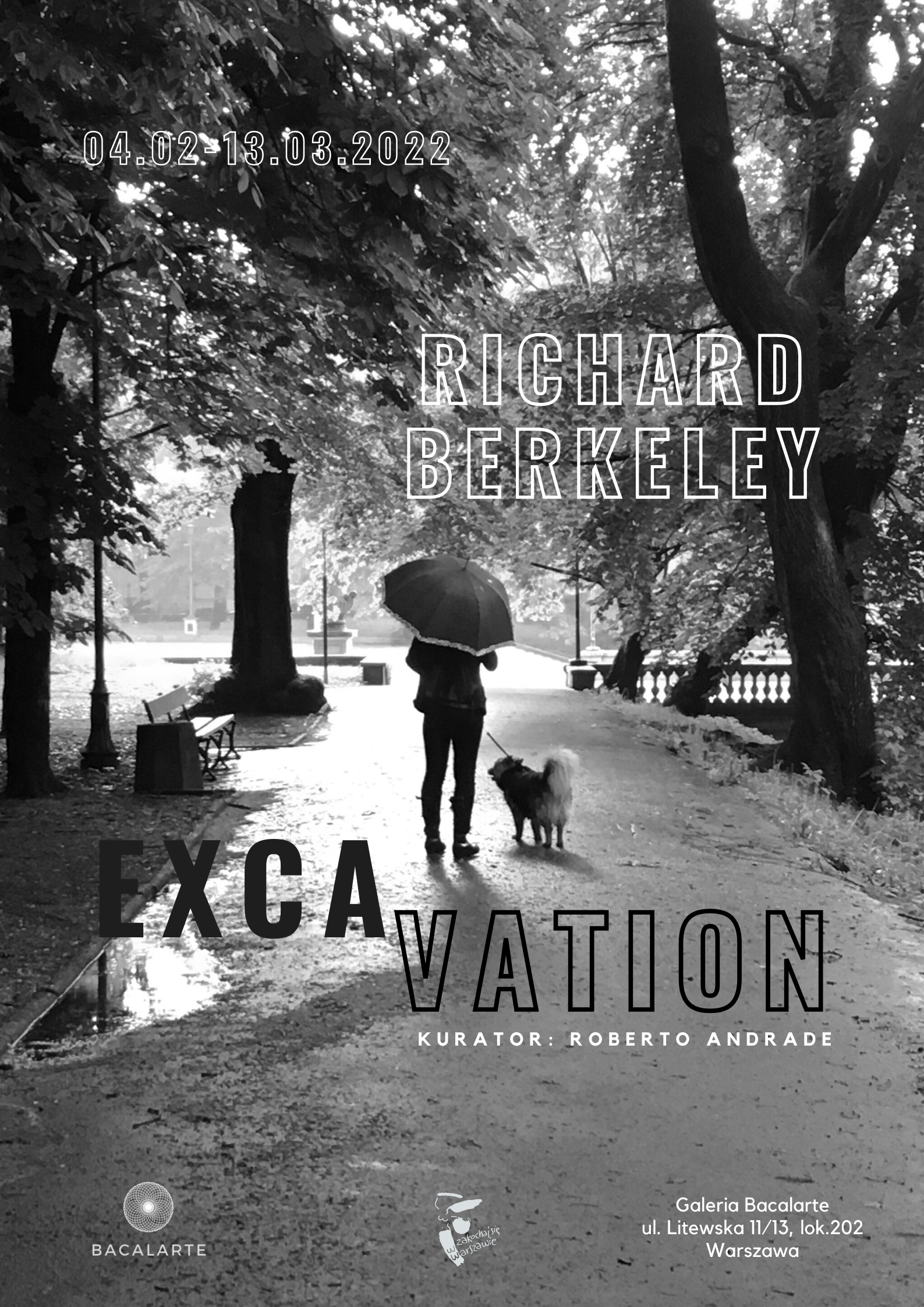 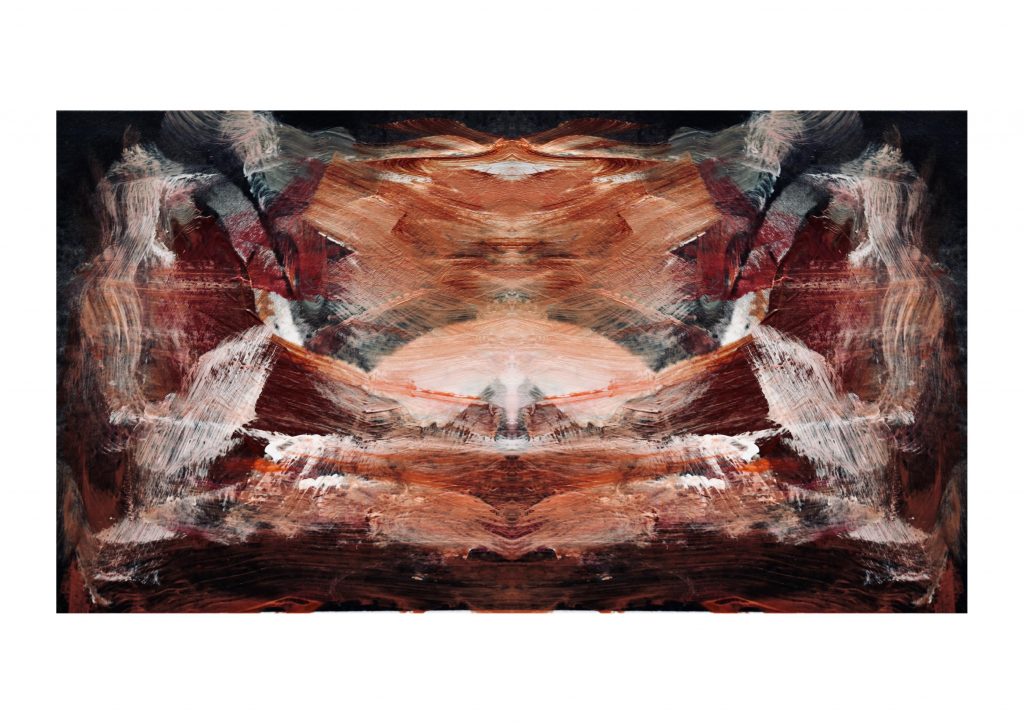 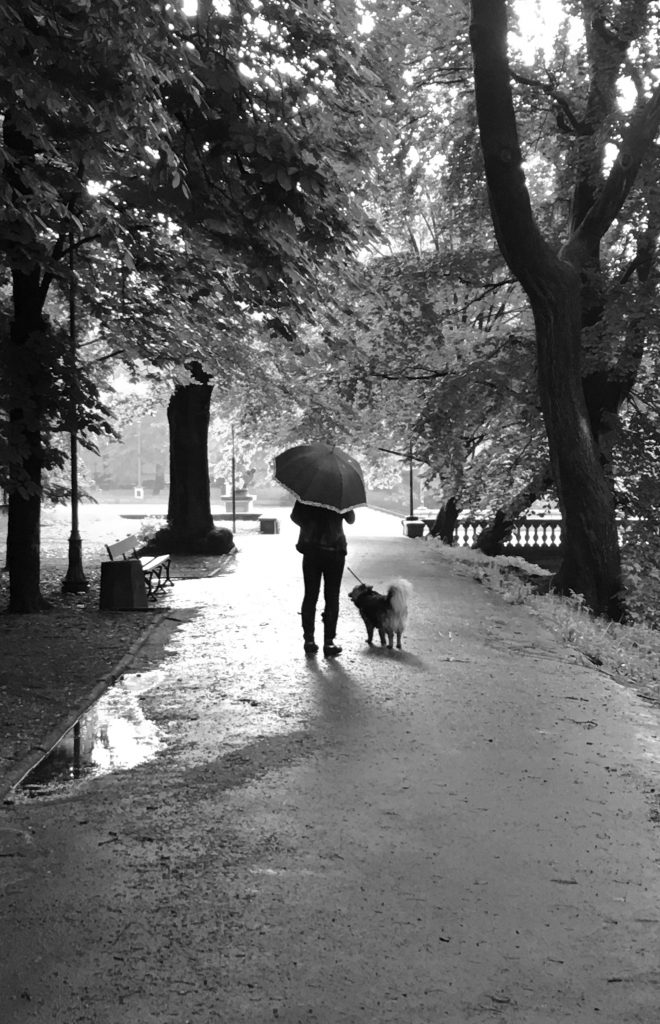